As part of building your stock portfolio for consistent dividend payments, you may be looking at stocks with long payment histories. To help you align the calendar to these stocks, here are the Dividend Aristocrats Payout Schedules organized by the common patterns they follow.

As you’re building your dividend portfolio, knowing the common patterns and schedules that companies pay their dividends is helpful. For Dividend Aristocrats, which have a history of paying and increasing their dividends for 25+ years, their schedules are usually consistent year over year.

To help you align your dividend goals with current Dividend Aristocrats payout schedules, I put together the following list. You should not buy a stock just because it pays at the right time. Do you research first to ensure it’s a good investment at the time and matches your goals?

First things first. There are four common patterns that companies use when paying out quarterly dividends. Knowing these can help you fill your income calendar, especially if you’re trying to create a monthly dividend portfolio.

Owning one stock within each of the following patterns will allow you to be paid dividends monthly.

Always do your own research prior to purchasing stock in a company. Just because the payment schedules fit a whole in your portfolio doesn’t mean it’s the right investment for the moment, even with a buy-and-hold strategy. You may be able to find a more efficient stock to buy at the time.

And it’s possible the company won’t 100% follow it’s past payment schedule in the future. For payouts that occur at the very end or beginning of a month, sometimes the payment shifts to the opposite month by a day or two.

While not the end of the world, this can sometimes be more annoying for the December/January payments as that could have an impact on your income taxes. Obviously there’s nothing you can do about it. It’s just something to keep an eye on.

17 of the Dividend Aristocrats generally pay according to the pattern: January, April, July, and October.

14 of the Dividend Aristocrats pay their dividends usually following the pattern: February, May, August, and November.

Also to note, Sherwin-Williams’ second-quarter payment (June) sometimes pays at the end of May. For dividend payments that usually occur at the very beginning or end of a month, you’ll sometimes notice the payment shift to the other month.

Four of the remaining Dividend Aristocrats do not follow any of the common patterns.

Coca-Cola Co (KO) usually pays in April, July, October, and December. This pattern is close to the “January, April, July, and October” pattern with one payment shifted. Coca-Cola usually increases its dividend in April.

Cintas Corp (CTAS) pays only once per year in December. Cintas is the only company out of the Dividend Aristocrat to pay annually rather than quarterly. The dividend increase also occurs with each annual payment.

PepsiCo (PEP) usually pays its dividends in January, March, June, and September with its increase as part of the June payment. This pattern is similar to the March, June, September, December pattern with PepsiCo starting off the year with a dividend payment rather than ending the year with one.

Wrapping up. Are you using the Dividend Aristocrats payout schedules to plan your portfolio?

Of the currently 57 Dividend Aristocrats, most follow one of three common payout schedules. There are four stocks using a different schedule. If you choose one stock from each of the common patterns, you can build a portfolio earn $200 a month in dividends easily.

Remember always do your own research first before buying a stock. Just because a company has consistently paid a dividend for 25 years or more, it doesn’t guaranty that it will always happen in the future. It’s also possible the company may not be the best investment for the moment. Find the best ways to be efficient when investing your money.

Do you consider the Dividend Aristocrats and their payout schedules while building your dividend investing strategy?

Join our mailing list and receive our FREE Simple Dividend Calculator Spreadsheet helps you determine how much money you need to invest to reach your dividend income goal. 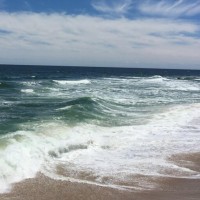 Hello and welcome. My name is Cara and I'm on a mission to help you chart your path through the everyday chaos with simple solutions for wellness, money, and mindset. Particularly interested in dividend investing for passive income. Instead of continuing roll with it, jumping back in the driver's seat. Let's do this together!

Hello and welcome. My name is Cara and I'm on a mission to help you chart your path through the everyday chaos with simple solutions for wellness, money, and mindset. Particularly interested in dividend investing for passive income. Instead of continuing roll with it, jumping back in the driver's seat. Let's do this together! Read More…